"It was very important to me that we felt safe. I was nervous about having to act, like it's all perfect, because it's not.

I already knew we had to hire Lasser Media."
Beth Benevides
Associate Director of Outreach
,
The Hussman Institute for Autism 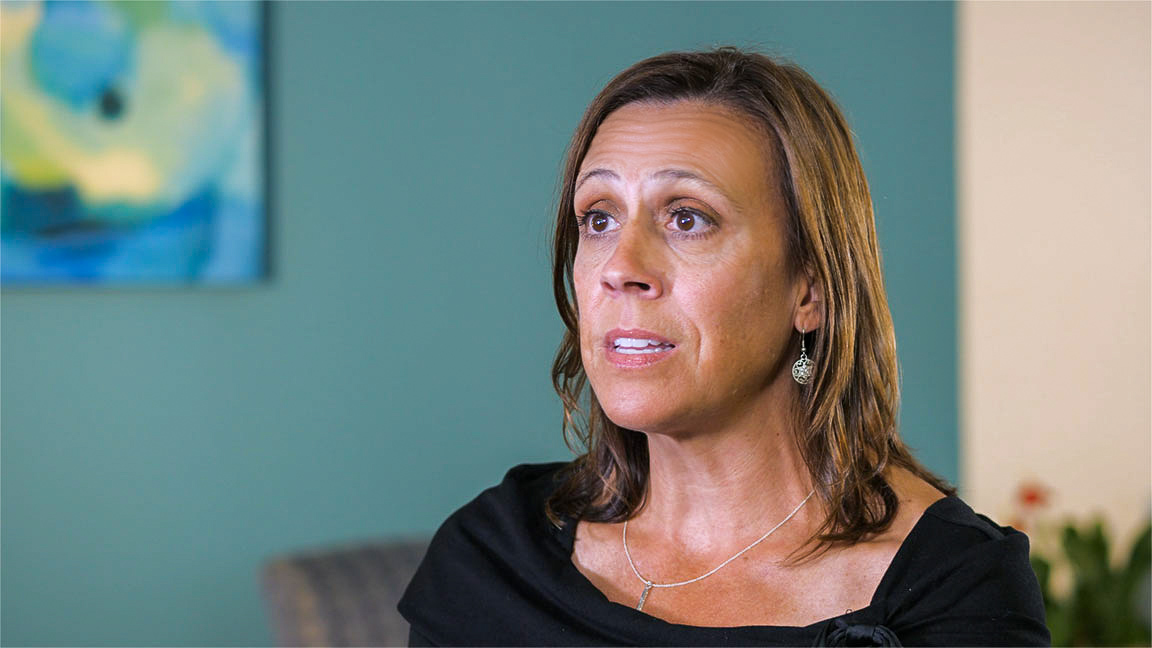 The Hussman Institute for Autism needed a video for training presentations that documents what everyday life is like for families who have a child with autism.

It was difficult to trust anyone with this project.

I didn't have a clear idea of what I wanted the video to be. It is really difficult to take all those thoughts and turn them over to a video producer and have this incredible confidence that they knew exactly what I was saying.

I am happy to say Lasser Media did it.

We were just thrilled with the end product. Ricky definitely listened carefully to everything on that project. We were incredibly impressed.

When I showed the video for the first time to the audience that I initially created it for, a group of clinical trainees, we got a standing ovation. They had so many positive things and gratitude for what a day in the life truly looks like for the patient that they would one day be helping.

Seeing the video, they now know who we are talking about. They've seen him. They've heard him. They have context.

I can talk all day long about the challenges of raising a child with autism, but when you actually see who we are talking about, when you see the interaction between a mother and a child, when you see a sibling brought into perspective, it's so much more.

Seeing the video, they now know who we are talking about. They've seen him. They've heard him. They know our communication, they know our relationship that makes what comes after so much more powerful.

I saw Lasser Media’s compassion, so I hired them.

I used play videos of my son with autism in all of my presentations. My videos never worked. I decided we really need to professionalize this, and I already knew we had to hire Lasser Media.

I was interviewed by Ricky for somebody else’s video and I felt so comfortable in the interview process with him.

I thought, gosh, if he could bring that same feeling of safety and comfort to people I wanted him to interview, we could really get the message across.

My son with autism was the key feature of this film. I shared the video with another person with autism and he responded "this video is very dignified and it shows Kyle in a positive light.” That is exactly how I wanted him portrayed, I always want his dignity upheld.

So even at times when Kyle was a little vulnerable in the footage, having a little tough time, it came across very respectfully.

What it is like to hire a videographer who is respectful and understanding.

For our video, we were capturing something very personal. We were with my son with an unpredictable disability and Ricky was was just so respectful.

People with autism often have sensory differences or are challenged with a different kind of understanding what was going on with the video cameras.

When my son came downstairs first thing of the day, Ricky was very discreet and he stood back and he allowed Kyle to maintain his space throughout the whole interview.

I just don't know how Ricky filmed all day without Kyle not once saying "no picture, no camera."

Ricky knew when to pull back and how to navigate the day of filming, still capturing Kyle in a natural way.

It's all about listening.

I always felt very heard. It never came across from Ricky that this is not going to work. He paid close attention to what I, the customer, wanted or hoped would come out of this.

Ricky Lasser interviewed six people and then spent a day shadowing my family and taping all of that. So after we shot the video I got really nervous. I still couldn't envision how it would all come together.

I just kept thinking, how's he going to put this all together? I couldn't envision it, so I kept emailing him. I emailed him a lot.

“Ricky, did we hit that point?”

"This is really the important point we want to make!”

Every time, Ricky responded very patiently and reassuringly, "Yep, I got it, sounds good!" He always put my mind at ease, and he brought it all together exactly as I had hoped.

It's so nice just to hand over the project to someone with that expertise to get it done and get it done very well.

One of the things the Hussman Institute was most impressed by was the editing and bringing together the interviews and somehow it was as if it was all taking place at the same exact time, and we were doing our voice overs to fit that exact moment, and how Lasser Media was able to edit is incredible to me.

I think it is just a true gift to pull those two things together, we were all incredibly impressed by that.

Lasser Media took 12 hours of footage and was able to come up with a 10-minute documentary presentation of exactly that right message - the message I wanted to be out there!

The video is incredible and the feedback that we got was phenomenal.

‍Being a nonprofit, price and timing were especially important to us.

It is a real concern for nonprofits to spend money on fluff or promotion. Most nonprofits cannot justify that.

I absolutely think that Lasser Media met us right at the price point where we needed to be. Early on, they gave us several pricing options so that we could make a decision within our budget.

I knew the date the video had to be done for a presentation I was giving.

I had literally a month total to contact Lasser, meet him, find dates to interview the community, film, edit and get it ready for presentations.

I was little nervous on my end, that it would all come together.

What the end product has given our budget was phenomenal, so much better than I anticipated!

To know that there's somebody out there that can help you get your message across so that it helps your non-profit further and helps the message you are trying to get out there, is really important.

It's important to feel safe.

Everyone interviewed felt they were in a safe space.

I can't impress upon this statement enough: the dignity that I was trying to uphold when you see a family with autism or a disability, a family with challenges, I really wanted my message coming across to be positive and helpful. This happened.

It was very important to me that we felt safe. I was nervous about having to act, like it's all perfect, because it's not. And yet I felt that if Kyle had a difficult time, or even if Ricky were to capture all of that and to present it, it would still be done in such a way that the bigger message came across.

It was a great peace-of-mind seeing and hearing Ricky Lasser say with conviction, "I've got a vision for this, it's all going to come together."

After my experience, I have absolutely have no hesitation to recommend Lasser Media to others.